Twitter – I don’t know what to make of you! I have had an account since 2009 and sent maybe a dozen tweets in six years. I posted twice in 2012, twice in 2013. And once in 2016. The text of the post was: “It has been 40 months since my last tweet, don’t worry, you have not missed anything ;)” I didn’t get it and didn’t care to. When a tweet becomes news and what other people tweet about it becomes more news, it just seemed like a lot of reality TV style nonsense.

But there were a few things last year that I cared about and was asked to tweet about so, fine, I have an account and I can do that. I tweeted about vaping, tutoring services, and the Ontario Faculty strike. And then Ontario Extend came around and as professional development, I decided to join Extend West cohort. That was before I found out that I would have to tweet things. Ugh. But I have an open mind. So try I do and tweet I do and …. I begin to see a purpose, I begin to meet some like-minded people who respond to and follow me and I respond to and follow them. And it becomes more interesting and more like a community. I am starting to get it. 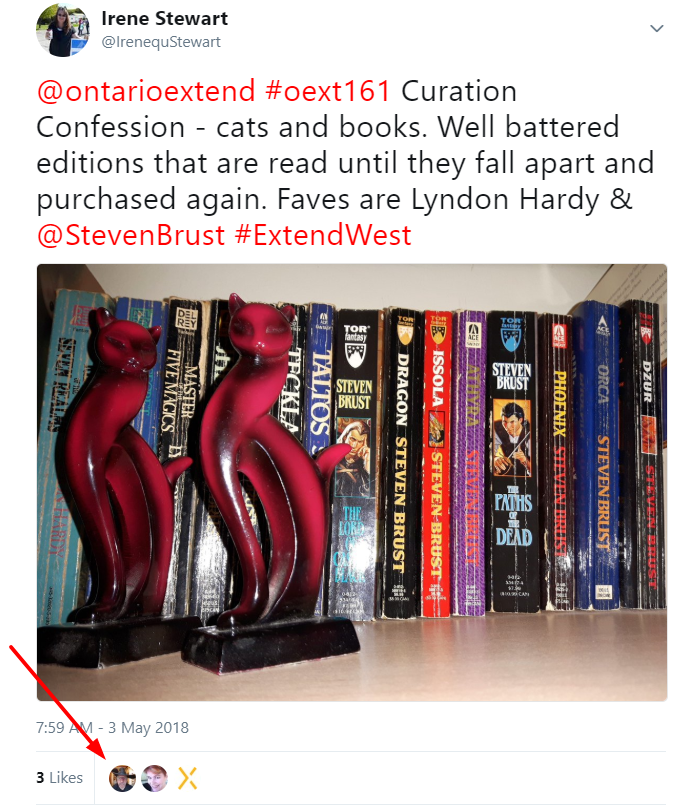 AND THEN THIS HAPPENS!!

I am checking my notifications to see if anyone new from the Extend West Cohort has followed me and I notice that STEVEN BRUST liked my tweet about Curation! Only three likes but one was from my favorite author. I quietly follow a few celebrities: Steven Brust (of course), Joshua Malina, George Takei and Emergency Kittens. I appreciate thoughtful social commentary and kittens.  But this was a little bit of a thrill. Steven Brust has seen a picture of my Taltos books and like it. There are people in my twitterville and that is pretty cool! 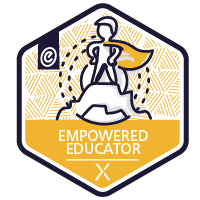 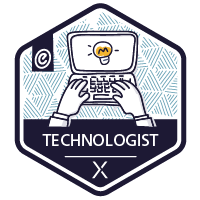 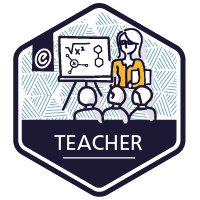 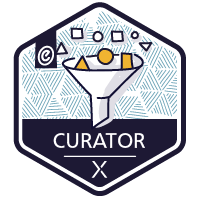 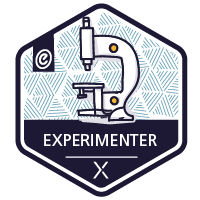 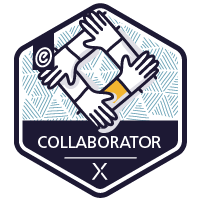 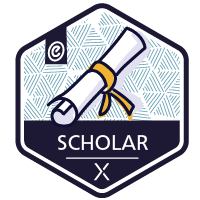